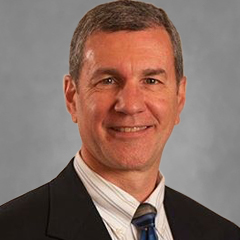 David was one of the original founders of Osprey Village, Inc. in 2008. He led the efforts to incorporate and get recognized by the IRS as a 501(c)3 nonprofit organization, and also served as the first Board President.

Beginning in January of 2010, David stepped down from the Board so he could take a paid, part-time position as Director of Development to help Osprey Village raise enough funds to meet the initial “challenge match” goal extended by the Community Foundation of the Lowcountry to raise $25,000 in 6 months. We actually ended up raising over $35,000 ahead of schedule!

David now works as a full-time contract consultant for Osprey Village as the Director of Business Development.  He has been leading the effort to obtain funding for both the capital project and ongoing operations of the Osprey Village neighborhood, as well as growing our network of advisors, supporters, government officials and consultants.

David and his wife, Paula, have a 39-year-old developmentally disabled son, Paul, who lives with them in their home in Bluffton.  They moved to the area from western PA in May of 2005 so Paul could participate in the Programs for Exceptional People (PEP) program on Hilton Head Island.  As David notes, “We were talking about the idea of a ‘neighborhood with a purpose’ to support adults with special needs even before we moved here, but it was more wishful thinking than a real plan.  Seeing Osprey Village come to life before our eyes and being involved in it from the beginning has been the most rewarding experience of our lives.”

David, Paula and Paul all participate in the “Echoes of Heaven” music ensemble at St. Francis by the Sea Catholic Church on Hilton Head Island: David plays guitar, Paul plays the keyboard, and Paula joins David on the vocals along with other parishioners.

They also have a daughter, Sara, who works as a Forensic Biologist for the US Army Criminal Investigation Lab in the Atlanta area.  Both David and Sara are active runners, and the entire family enjoys biking and relaxing at the beach –great pastimes for the Hilton Head area!